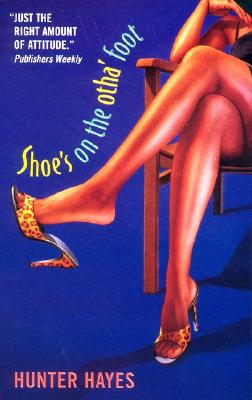 Shoe’s on the Otha’ Foot
by Hunter Hayes

Read an Excerpt from Shoe’s on the Otha’ Foot

Book Description:
Love in the city is a different kind of crazy Unattached and independent, a free spirit flying high uptown, Leslie is black, beautiful, twenty-one. . .and still a virgin. Not that there’s any lack of interested males in this level-headed young sista’s world. But she’s got too much self -respect—and too much going on—to take a wrong step that just might trip her up but good. So why is her one weakness a hardworking chocolate dream named Benjamin—who’s much older than she is (thirty-four!). . .and just happens to be living with another woman and their teenage son? Of course, Leslie could have her cousin Rachelle’s problems, A divorced mother of three, Rachelle could easily bask in the steady, loving—if penniless—devotion of Anthony, who is fine. . .and twelve years her junior. But of course, it’s Eustace—married Eustace—who makes her knees buckle. It’s a city full of hard choices—some good, some bad. . .some crazy—and each one has its consequences. So what else can a girlfriend do except try to keep her head while she follows her heart. . .all in the name of love?

More books like Shoe’s on the Otha’ Foot may be found by selecting the categories below: