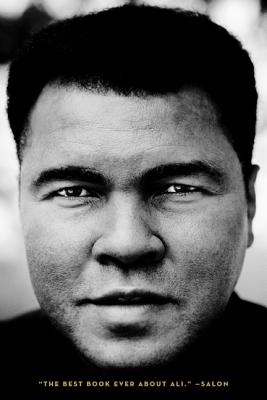 Paperback Description:
Muhammad Ali—arguably the finest athlete of the twentieth century and incontestably one of the most famous Americans of his time—is known the world over, not only for his boxing prowess, but for his rebellious courage and resilience against controversy. He has been both underdog and champion, villain and prince, playboy and staunch Muslim, exalted American and punished conscientious objector. He was the ultimate athlete—Heavyweight Champion of the World—and today confronts the physical debilitations of Parkinson’s disease.A one-of-a-kind volume, The Muhammad Ali Reader collects more than thirty of the best writings about this boxing legend in an incredible anthology by the greatest about The Greatest. This is the amazing story of Muhammad Ali—and the world’s reaction to him—told by a stellar array of authors, athletes, and social commentators. Floyd Patterson defends Ali’s right to criticize America’s participation in the Vietnam War; Malcolm X explains how Ali went from "entertainer" to "threat" with his declaration as "a man of race"; Ali himself shares some intimate and definitive thoughts in a Playboy magazine interview; and Gay Talese gives us a front seat on a ride to Cuba, where Ali meets up with Fidel Castro.Organized by decade, chapters begin with a few opening remarks by Ali himself, and a spectacular sixteen-page photo insert captures The Champ in all his guises. With an introduction by Gerald Early, one of the finest contemporary writers on boxing, The Muhammad Ali Reader confirms Ali’s standing as one of the most controversial and charismatic Americans of our time.

More books like The Muhammad Ali Reader may be found by selecting the categories below: