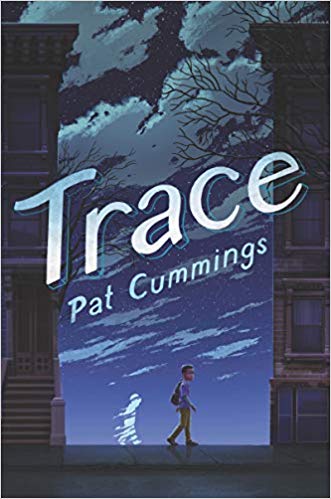 Hardcover Description:
In?a debut novel that’s perfect for fans of Jason Reynolds and Erin Entrada Kelly, award-winning author/illustrator and educator Pat Cummings?tells a poignant story?about?grief,?love, and the?untold stories?that?echo?across?time. Trace Carter doesn’t know how?to?feel at ease in his new life in New York. Even though?his artsy Auntie Lea is cool, her brownstone still isn’t his?home. Haunted by flashbacks of the accident that killed his parents, the best he can do is try to distract himself from memories of the past.But the past isn’t done with him. When Trace takes a wrong turn?in?the New York Public Library, he finds someone else lost in the stacks?with him: a crying little boy,?wearing?old,?tattered clothes.And though at first he can’t quite believe he’s seen a ghost, Trace soon discovers that the?boy he saw?has ties to Trace’s own history—and that he?himself?may be the key to setting the dead to rest.

More books like Trace may be found by selecting the categories below: