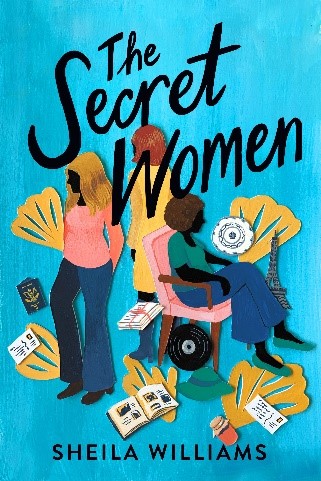 The Secret Women
by Sheila Williams

Her debut novel, Dancing on the Edge of the Roof, was adapted into a Netflix film starring Alfre Woodard, and now Sheila Williams is back with a page-turning story of three women who meet as strangers and quickly build a bond after each discovers their mother harbored dark secrets.

Sheila J. Williams’ The Secret Women is a riveting, entertaining, and refreshing take on the mother-daughter dyad and its ensuing complexities. In this deftly written contemporary novel, readers are introduced to Elise Armstrong, Carmen Bradshaw, and DeeDee Davis, three thoroughly modern women of a certain age who have a coincidental and fateful meeting in a yoga class.

Though vastly different, they discover they do have something in common: their mothers have recently passed away. The trio make a pact to sort through their mothers’ personal items, and soon discover through letters and diaries their mothers all had secrets.

Elise Armstrong discovers that her mother, the First Lady of her church, had a prior husband and child she never mentioned. Carmen, who believes her daughter is bipolar, finds out that her mother was a talented artist with “mood swings” that derailed her career. DeeDee, whose last conversation with her mother was an argument that ended with her mom having a fatal stroke, learns the many unspoken sacrifices her newly deceased loved one made on her behalf.

Through their monthly meetings over margaritas, they gain not only a better understanding of their mothers, but also themselves. For the trio, they now have what their mothers did not have at the time — other women they could trust, which is one of the many life lessons in this ultimately uplifting story of unconditional love.