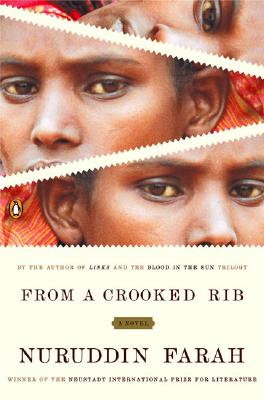 From A Crooked Rib
by Nuruddin Farah

Paperback Description:
Written with complete conviction from a woman’s point of view, Nuruddin Farah’s spare, shocking first novel savagely attacks the traditional values of his people yet is also a haunting celebration of the unbroken human spirit. Ebla, an orphan of eighteen, runs away from her nomadic encampment in rural Somalia when she discovers that her grandfather has promised her in marriage to an older man. But even after her escape to Mogadishu, she finds herself as powerless and dependent on men as she was out in the bush. As she is propelled through servitude, marriage, poverty, and violence, Ebla has to fight to retain her identity in a world where women are "sold like cattle."

More books like From A Crooked Rib may be found by selecting the categories below: