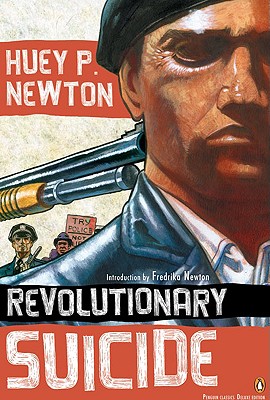 Book Description:
The searing, visionary memoir of founding Black Panther Huey P. Newton, in a dazzling graphic package Tracing the birth of a revolutionary, Huey P. Newton’s famous and oft-quoted autobiography is as much a manifesto as a portrait of the inner circle of America’s Black Panther Party. From Newton’s impoverished childhood on the streets of Oakland to his adolescence and struggles with the system, from his role in the Black Panthers to his solitary confinement in the Alameda County Jail, Revolutionary Suicide is unrepentant and thought-provoking in its portrayal of inspired radicalism. For more than seventy years, Penguin has been the leading publisher of classic literature in the English-speaking world. With more than 1,700 titles, Penguin Classics represents a global bookshelf of the best works throughout history and across genres and disciplines. Readers trust the series to provide authoritative texts enhanced by introductions and notes by distinguished scholars and contemporary authors, as well as up-to-date translations by award-winning translators.

More books like Revolutionary Suicide: (penguin Classics Deluxe Edition) may be found by selecting the categories below: