The Three Musketeers by Alexandre Dumas 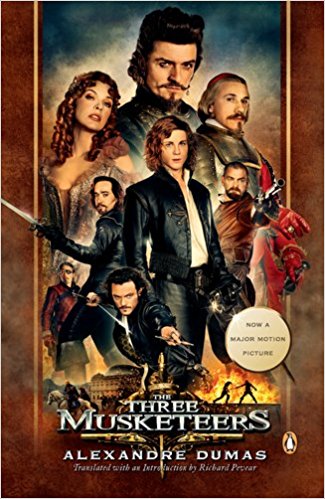 The Three Musketeers
by Alexandre Dumas

“I do not say there is no character as well-drawn in Shakespeare [as D’Artagnan]. I do say there is none that I love so wholly.” —Robert Louis Stevenson

In this swashbuckling epic, d’Artagnan, not yet twenty, sets off for Paris in hopes of joining the Musketeers, that legion of heroes highly favored by King Louis XIII and feared by evil Cardinal Richelieu. By fighting alongside Athos, Porthos, and Aramis as they battle their enemies, d’Artagnan proves he has the heart of a Musketeer and earns himself a place in their ranks. Soon d’Artagnan and the gallant trio must use all their wits and sword skills to preserve the queen’s honor and thwart the wicked schemes of Cardinal Richelieu. With this classic tale, Dumas embroiders upon history a colorful world of swordplay, intrigue, and romance, earning The Three Musketeers its reputation as one of the most thrilling adventure novels ever written.

More books like The Three Musketeers may be found by selecting the categories below: