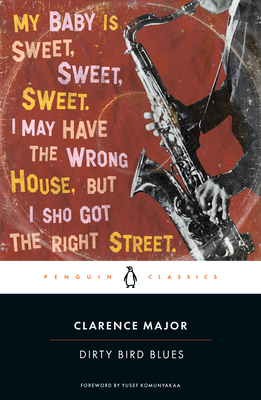 Set in post-World War II Chicago and Omaha, the novel features Manfred Banks, a young, harmonica-blowing blues singer who is always writing music in his head. Torn between his friendships with fellow musicians and nightclub life and his responsibilities to his wife and child, along with the pressures of dealing with a racist America that assaults him at every turn, Manfred seeks easy answers in "Dirty Bird" (Old Crow whiskey) and in moving on. He moves to Omaha with hopes of better opportunities as a blue-collar worker, but the blues in his soul and the dreams in his mind keep bringing him back to face himself. After a nightmarish descent into his own depths, Manfred emerges with fresh awareness and possibility. Through Manfred, we witness and experience the process by which modern American English has been vitalized and strengthened by the poetry and the poignancy of the African-American experience. As Manfred struggles with the oppressive constraints of society and his private turmoil, his rich inner voice resonates with the blues.