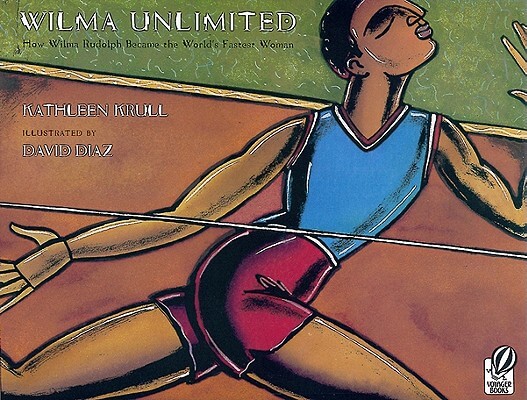 Book Description:
Before Wilma Rudolph was five years old, polio had paralyzed her left leg. Everyone said she would never walk again. But Wilma refused to believe it. Not only would she walk again, she vowed, she’d run. And she did run—all the way to the Olympics, where she became the first American woman to earn three gold medals in a single olympiad. This dramatic and inspiring true story is illustrated in bold watercolor and acrylic paintings by Caldecott Medal-winning artist David Diaz.

More books like Wilma Unlimited: How Wilma Rudolph Became the World’s Fastest Woman may be found by selecting the categories below:

Tell us what do you think about Wilma Unlimited: How Wilma Rudolph Became the World’s Fastest Woman.