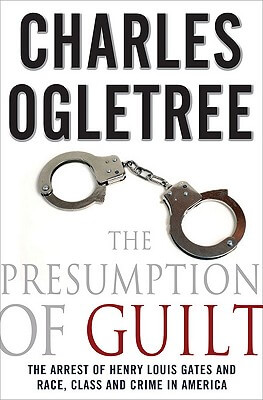 The Presumption Of Guilt: The Arrest Of Henry Louis Gates, Jr. And Race, Class And Crime In America
by Charles Ogletree

Read Our Review of The Presumption Of Guilt: The Arrest Of Henry Louis Gates, Jr. And Race, Class And Crime In America

Hardcover Description:
Shortly after noon on Tuesday, July 16, 2009, Henry Louis Gates, Jr., MacArthur Fellow and Harvard professor, was mistakenly arrested by Cambridge police sergeant James Crowley for attempting to break into his own home. The ensuing media firestorm ignited debate across the country. The Crowley-Gates incident was a clash of absolutes, underscoring the tension between black and white, police and civilians, and the privileged and less privileged in modern America. Charles Ogletree, one of the country’s foremost experts on civil rights, uses this incident as a lens through which to explore issues of race, class, and crime, with the goal of creating a more just legal system for all.
Working from years of research and based on his own classes and experiences with law enforcement, the author illuminates the steps needed to embark on the long journey toward racial and legal equality for all Americans.

More books like The Presumption Of Guilt: The Arrest Of Henry Louis Gates, Jr. And Race, Class And Crime In America may be found by selecting the categories below: