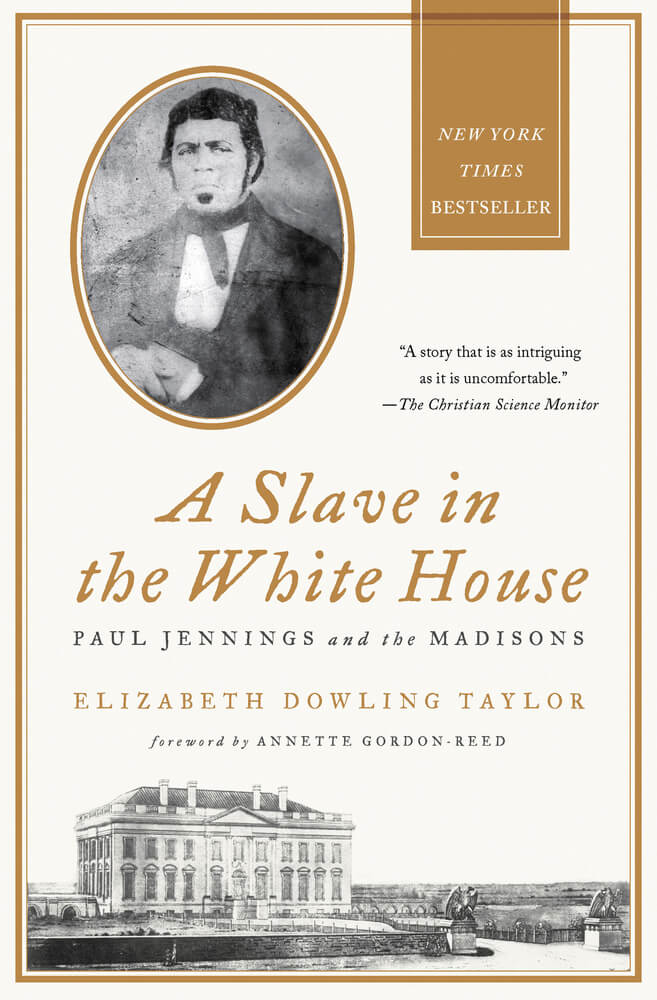 A Slave in the White House: Paul Jennings and the Madisons
by Elizabeth Dowling Taylor

Paul Jennings was born into slavery on the plantation of James and Dolley Madison in Virginia, later becoming part of the Madison household staff at the White House. Once finally emancipated by Senator Daniel Webster later in life, he would give an aged and impoverished Dolley Madison, his former owner, money from his own pocket, write the first White House memoir, and see his sons fight with the Union Army in the Civil War. He died a free man in northwest Washington at 75. Based on correspondence, legal documents, and journal entries rarely seen before, this amazing portrait of the times reveals the mores and attitudes toward slavery of the nineteenth century, and sheds new light on famous characters such as James Madison, who believed the white and black populations could not coexist as equals; French General Lafayette who was appalled by this idea; Dolley Madison, who ruthlessly sold Paul after her husband’s death; and many other since forgotten slaves, abolitionists, and civil right activists.

More books like A Slave in the White House: Paul Jennings and the Madisons may be found by selecting the categories below:

Tell us what do you think about A Slave in the White House: Paul Jennings and the Madisons.