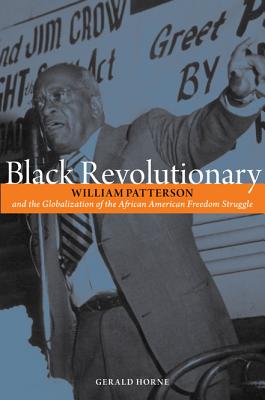 Book Description:
A leading African American Communist, lawyer William L. Patterson (1891 1980) was instrumental in laying the groundwork for the defeat of Jim Crowby virtue of his leadership of the Scottsboro campaign in the 1930s. In this watershed biography, historian Gerald Horne shows how Patterson helped to advance African American equality by fostering and leveraging international support for the movement. Horne highlights key moments in Patterson’s global activism: his early education in the Soviet Union, his involvement with the Scottsboro trials and other high-profile civil rights cases of the 1930s to 1950s, his 1951 "We Charge Genocide" petition to the United Nations, and his later work with prisons and the Black Panther Party. Through Patterson’s story, Horne examines how the Cold War affected the freedom movement, with civil rights leadership sometimes disavowing African American leftists in exchange for concessions from the U.S. government. He also probes the complex and often contradictory relationship between the Communist Party and the African American community, including the impact of the FBI’s infiltration of the Communist Party. Drawing from government and FBI documents, newspapers, periodicals, archival and manuscript collections, and personal papers, Horne documents Patterson’s effectiveness at carrying the freedom struggle into the global arena and provides a fresh perspective on twentieth-century struggles for racial justice.

More books like Black Revolutionary: William Patterson & the Globalization of the African American Freedom Struggle may be found by selecting the categories below: