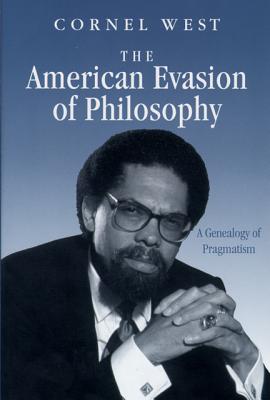 The American Evasion of Philosophy: A Genealogy of Pragmatism
by Cornel West

Book Description:
Taking Emerson as his starting point, Cornel West’s basic task in this ambitious enterprise is to chart the emergence, development, decline, and recent resurgence of American pragmatism. John Dewey is the central figure in West’s pantheon of pragmatists, but he treats as well such varied mid-century representatives of the tradition as Sidney Hook, C. Wright Mills, W. E. B. Du Bois, Reinhold Niebuhr, and Lionel Trilling. West’s "genealogy" is, ultimately, a very personal work, for it is imbued throughout with the author’s conviction that a thorough reexamination of American pragmatism may help inspire and instruct contemporary efforts to remake and reform American society and culture."West . . . may well be the pre-eminent African American intellectual of our generation."—The Nation"The American Evasion of Philosophy is a highly intelligent and provocative book. Cornel West gives us illuminating readings of the political thought of Emerson and James; provides a penetrating critical assessment of Dewey, his central figure; and offers a brilliant interpretation—appreciative yet far from uncritical—of the contemporary philosopher and neo-pragmatist Richard Rorty. . . . What shines through, throughout the work, is West’s firm commitment to a radical vision of a philosophic discourse as inextricably linked to cultural criticism and political engagement."—Paul S. Boyer, professor emeritus of history, University of Wisconsin Madison.

More books like The American Evasion of Philosophy: A Genealogy of Pragmatism may be found by selecting the categories below: