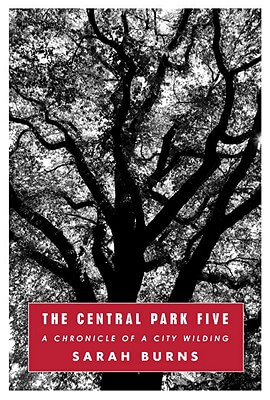 The Central Park Five: A Chronicle Of A City Wilding
by Sarah Burns

Read Our Review of The Central Park Five: A Chronicle Of A City Wilding

Hardcover Description:
A riveting, in-depth account of one of New York City’s most notorious crimes.

On April 20, 1989, the body of a woman is discovered in Central Park, her skull so badly smashed that nearly 80 percent of her blood has spilled onto the ground. Within days, five black and Latino teenagers confess to her rape and beating. In a city where urban crime is at a high and violence is frequent, the ensuing media frenzy and hysterical public reaction is extraordinary. The young men are tried as adults and convicted of rape, despite the fact that the teens quickly recant their inconsistent and inaccurate confessions and that no DNA tests or eyewitness accounts tie any of them to the victim. They serve their complete sentences before another man, serial rapist Matias Reyes, confesses to the crime and is connected to it by DNA testing.

Intertwining the stories of these five young men, the police officers, the district attorneys, the victim, and Matias Reyes, Sarah Burns unravels the forces that made both the crime and its prosecution possible. Most dramatically, she gives us a portrait of a city already beset by violence and deepening rifts between races and classes, whose law enforcement, government, social institutions, and media were undermining the very rights of the individuals they were designed to safeguard and protect.

More books like The Central Park Five: A Chronicle Of A City Wilding may be found by selecting the categories below: