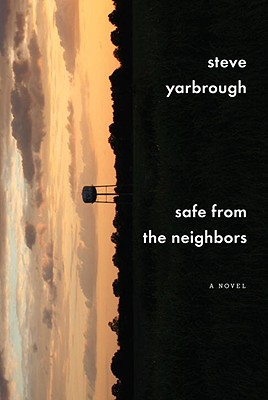 Safe From The Neighbors
by Steve Yarbrough

Read Our Review of Safe From The Neighbors

Hardcover Description:
Luke May teaches local history—his lifelong obsession—at his old high school in Loring, Mississippi. Having been mentored by his hometown newspaper’s publisher, a survivor of the civil rights turmoil, he now passes these stories along to students far too young to have experienced or, in some cases, even heard about them.

But when a long-lost friend suddenly returns to Loring, where years ago her family had been shattered by an act of spectacular violence, Luke begins to realize that his connection with her runs deeper, both personally and politically, than he ever imagined. Just children in 1962, they had no sense of what was happening when James Meredith’s enrollment at Ole Miss provoked a bloody new battle in the old Civil War, much less its impact on their fathers’ ambiguous friendship.

Once his daughters leave for Ole Miss, and with his marriage at an impasse, Luke’s investigation of this decades-old trauma soon spills over into his own life. With his parents unwilling, or unable, to help him unlock secrets whose existence he’d never suspected, this amateur historian is soon entirely consumed by an obscure past he can neither explain nor control—a gripping reminder that the past isn’t dead, or even past.

Once again Steve Yarbrough powerfully evokes—as David Guterson put it—“not only historical grief but the grief of our own time.”

More books like Safe From The Neighbors may be found by selecting the categories below: