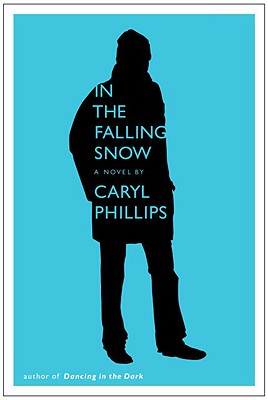 In The Falling Snow
by Caryl Phillips

Read Our Review of In The Falling Snow

Hardcover Description:
From one of our most admired fiction writers: the searing story of breakdown and recovery in the life of one man and of a society moving from one idea of itself to another.

Keith—born in England in the early 1960s to immigrant West Indian parents but primarily raised by his white stepmother—is a social worker heading a Race Equality unit in London whose life has come undone. He is separated from his wife of twenty years (whose family “let her go” when she married a black man), kept at arm’s length by his seventeen-year-old son, estranged from his father, and accused of harassment by a co-worker. And beneath it all, he has a desperate feeling that his work—even in fact his life—is no longer relevant.

Moving deftly between past and present, the narrative uncovers the particulars of class, background, temperament, and desire that have brought Keith to this moment, and reveals how, often unwittingly, his wife, his son, and, ultimately, his father help him grasp the breadth of the changes that have occurred around him—and what these changes will require of him.

At once intimate and expansive, deeply moving in its portrayal of the vagaries of familial love and bold in its scrutiny of the personal and societal politics of race, this is Caryl Phillips’s most powerful novel yet.

More books like In The Falling Snow may be found by selecting the categories below: