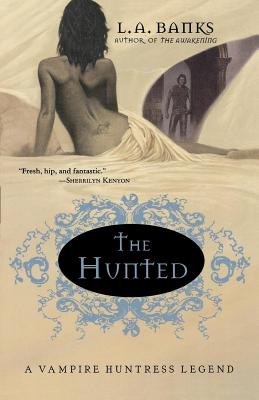 Book Description:
A Neteru—-a hunter or a huntress—-is born every thousand years in favor of the Warriors of Light as they fight against the Dark Realms. But Damali Richards is the Millennium Neteru. The one who will play a pivotal role in the Final War. The Warriors of Light had been waiting for her and the Dark Realms will do anything to either possess or destroy her. What they did not account for was the man who would love her.Damali Richard has been to hell and back—-literally—-and she is not eager to repeat the trip. A Vampire civil war has been averted, but there were casualties and she believes that Carlos Rivera, former lover turned master vampire, is one of them. His death has not only shaken her emotions, but weakened her powers as well. But then Damali gets word that horrific killings are taking place in Brazil. The vampire civil war has left a small door to hell open and new and dangerous foes have risen from the Dark Realms. The leader, a deadly female, is set on a path of destruction. However, her blood lust hides a nefarious plan and the newly resurrected Carlos Rivera is at the heart of it. But Damali is not about to lose her man a second time, so she plans to send this old girl right back to hell she came from—-no matter who stands in her way.