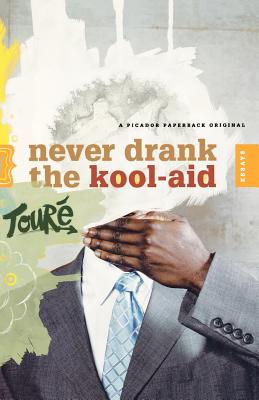 Book Description:
His name is Tour —just Tour —and like many of the musicians, athletes, and celebrities he’s profiled, he has affected the way that we think about culture in America. He has profiled Eminem, 50 Cent, and Alicia Keys for the cover of Rolling Stone. He’s played high-stakes poker with Jay-Z and basketball with Prince and Wynton Marsalis. In Tour ’s world, Dale Earnhardt, Jr. sits beside Condoleezza Rice who sits beside hip-hop pioneer Tupac Shakur, and all of them are fascinating company.Never Drank the Kool-Aid is the chronicle of Tour ’s unparalleled journey through the American funhouse called pop culture. Its rooms are filled with creative, arrogant, kind, ordinary, and extraordinary people, most of whom happen to be famous. It is Tour ’s gift to be able to see through the artifice of their world and understand the genuine motivations behind their achievements—to see who they truly are as people. This is a searingly funny, surprisingly unguarded, and deeply insightful look at a world few of us comprehend.

Tell us what do you think about Never Drank The Kool-Aid: Essays.