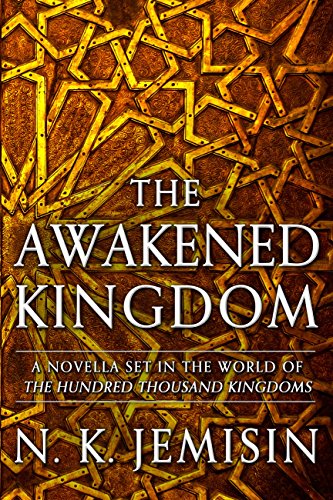 Paperback Description:
The long awaited sequel to the Inheritance trilogy a novella by award winning author N. K. Jemisin where a godling must struggle to grow in the shadow of her parents.


SOME TRUTHS MUST BE LEARNED THE HARD WAY…

As the first new godling born in thousands of years and the heir presumptive to Sieh the Trickster Shill’s got big shoes to fill. She’s well on her way when she defies her parents and sneaks off to the mortal realm, which is no place for an impressionable young god. In short order she steals a demon’s grandchild, gets herself embroiled in a secret underground magical dance competition, and offends her oldest and most powerful sibling.

But for Eino, the young Darren man whom Shill has befriended, the god-child’s silly games are serious business. Trapped in an arranged marriage and prohibited from pursuing his dreams, he has had enough. He will choose his own fate, even if he must betray a friend in the process and Shill might just have to grow up faster than she thinks.
This novella, THE AWAKENED KINGDOM takes place after the events of The Kingdom of Gods and will also be included in both the print and ebook ominbus of THE INHERITANCE TRILOGY in 12/14.

More books like The Awakened Kingdom (Book 2 The Inheritance Trilogy) may be found by selecting the categories below: