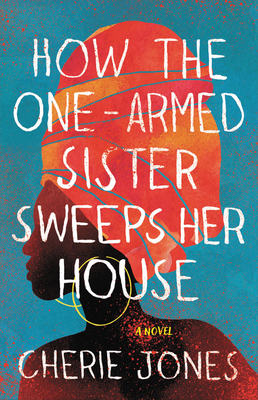 How the One-Armed Sister Sweeps Her House
by Cherie Jones

Hardcover Description:A GOOD MORNING AMERICA BOOK CLUB PICK "Searing … In affluent Baxter’s Beach, the gentry of Barbados maneuver around their servants with velvet gloves and steel nerves, exposing fault lines of resentment, love as ephemeral as a tropical breeze." (O Magazine) In Baxter’s Beach, Barbados, Lala’s grandmother Wilma tells the story of the one-armed sister. It’s a cautionary tale, about what happens to girls who disobey their mothers and go into the Baxter’s Tunnels. When she’s grown, Lala lives on the beach with her husband, Adan, a petty criminal with endless charisma whose thwarted burglary of one of the beach mansions sets off a chain of events with terrible consequences. A gunshot no one was meant to witness. A new mother whose baby is found lifeless on the beach. A woman torn between two worlds and incapacitated by grief. And two men driven into the Tunnels by desperation and greed who attempt a crime that will risk their freedom - and their lives. How the One-Armed Sister Sweeps Her House is an intimate and visceral portrayal of interconnected lives, across race and class, in a rapidly changing resort town, told by an astonishing new author of literary fiction. One of 2021’s Most Anticipated New Fiction
The Millions * Lit Hub * O Magazine * Elle.com * Entertainment Weekly * Minneapolis Star-Tribune * Bustle

More books like How the One-Armed Sister Sweeps Her House may be found by selecting the categories below: