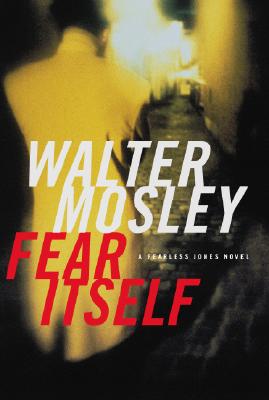 Fear Itself: A Fearless Jones Novel
by Walter Mosley

Paris Minton doesn’t want any trouble. He minds his used bookstore and his own business. But in 1950s Los Angeles, sometimes trouble finds him, no matter how hard he tries to avoid it. When the nephew of the wealthiest woman in L.A. is missing and wanted for murder, she has to get involved-no matter if she can’t stand him. What will her church think? She hires Jefferson T. Hill, a former sheriff of Dawson, Texas, and a tough customer, to track him down and prove his innocence.When Hill goes missing too, she tricks his friend Fearless Jones and Paris Minton into picking up the case. Paris steps inside the world of the black bourgeoisie, and it turns out to be filled with deceit and corruption. It takes everything he has just to stay alive through a case filled with twists and turns and dead ends like he never imagined. Written with the voice and vision that have made Walter Mosley one of the most entertaining writers in America, Fear Itself marks the return of a master at the top of his form.

More books like Fear Itself: A Fearless Jones Novel may be found by selecting the categories below: