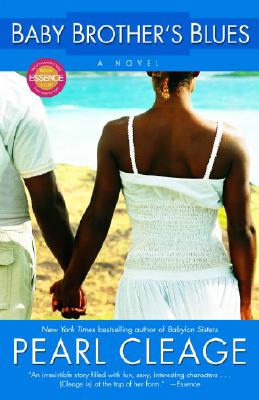 Book Description:
When Regina Burns married Blue Hamilton, she knew he was no ordinary man. A charismatic R&B singer who gave up his career to assume responsibility for the safety of Atlanta’s West End community, Blue had created an African American urban oasis where crime and violence were virtually nonexistent. In the beginning, Regina enjoyed a circle of engaging friends and her own work as a freelance communications consultant. Most of all, she relished the company of her husband, who never ceased to be a source of passion and delight.

Then everything changed. More and more frightened women were showing up in West End, seeking Blue’s protection from lovers who had suddenly become violent. When the worst offenders begin to disappear without a trace, the signs all of them grim seem to point toward Blue and his longtime associate, Joseph “General” Richardson. Now that Regina is pregnant, her fear for Blue’s safety has become an obsession that threatens the very heart of their relationship.

At the same time, Regina’s friend Aretha Hargrove is desperately trying to redefine her own marriage. Aretha’s husband, Kwame, is lobbying for them to leave West End and move to midtown. Aretha resists at first, but finally agrees in an effort to rekindle the flame that first brought them together.

Regina and Aretha have no way of knowing that what they regard as their private struggles will soon become very public. When Baby Brother, a charming con man, insinuates himself into the community, it becomes clear that there is more to his handsome fa ade than meets the eye. He carries the seeds of change that will affect both women in profound and startling ways.

Returning to the vividly rendered Atlanta district of her last two novels, New York Times bestselling author Pearl Cleage brilliantly weaves the threads of her characters’ intersecting lives into a story of family, friendship and, of course, love. Baby Brother’s Blues is full of wit and warmth, illumination the core of every woman’s hopes and dreams.

More books like Baby Brother’s Blues: A Novel may be found by selecting the categories below:

Tell us what do you think about Baby Brother’s Blues: A Novel.