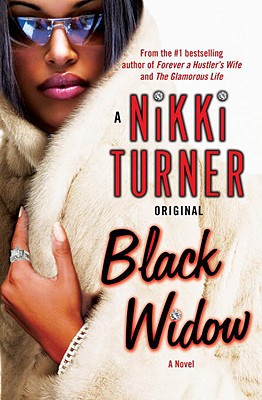 Paperback Description:
#1 bestselling author Nikki Turner returns with an explosive new novel about a woman at an emotional crossroads and the men left in her wake.

Isis Tatum knows firsthand the way love can mess up a person. After all, she saw her mother drive a truck through the home of her father’s mistress before killing her dad. And ever since Isis was a teenager, her love life has been a series of disasters: Her first sweetheart was executed by the state of Virginia, and her next lover was sent to jail for murder. Now Isis is a successful jewelry designer, but she remains a failure with men. When she meets Logic, a Las Vegas high roller who treats her like a princess, Isis reckons she’s finally struck gold literally. Logic sees to it that her custom pieces of jewelry are seen on the hottest rap stars and pro athletes.

But when this Mr. Right ends up in jail too, Isis starts to believe that she’s cursed, that she’s a true Black Widow. Always one to roll with the punches, she embraces her life and walks bravely down all its twisted paths, taking her business to unprecedented heights while letting the men who dare to get involved with her take their chances.


“Few writers working in the field today bring the drama quite as dramatically as Nikki Turner… . [She’s] a master at weaving juicy, ’hood-rich sagas of revenge, regret, and redemption.”
Vibe.com

“Turner [takes] street literature to the next level, further proving that she is indeed ‘The Queen of Hip-Hop Fiction.’ ”
UrbanPublicity.com

More books like Black Widow: A Novel (Nikki Turner Original) may be found by selecting the categories below: