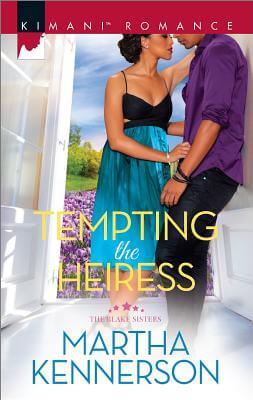 Tempting the Heiress (The Blake Sisters)
by Martha Kennerson

A seduction worth waiting for…

Back in med school, Felicia Blake couldn’t help being impressed by Griffin Kaile’s physique, as well as his intellect. The youngest of the accomplished Blake triplets, Felicia has put aside dating to focus on her career as a research scientist. She may have fantasized about Griffin now a renowned cardiovascular surgeon. But that didn’t include discovering that he’s the biological father of the baby girl she’s been asked to raise.

Even in scrubs, Felicia is the most stunning woman Griffin has ever known. Now that the daughter he never knew about has brought them together, he’s eager to explore their romantic potential. But ambitious Felicia is reluctant to jump from passion to instant family. Which leaves Griffin only one choice to somehow show her that this kind of breathtaking chemistry occurs only once in a lifetime

More books like Tempting the Heiress (The Blake Sisters) may be found by selecting the categories below: