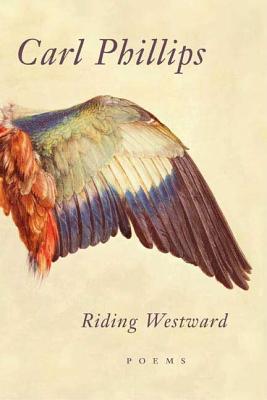 Book Description:
The singer turning thisand that way, as if watching the song itself
—the words to the song—leave him, as he
lets each go, the wind carrying most of it,
some of the words, falling, settling into
instead that larger darkness, where the smaller

darknesses that our lives were lie softly down."
—from "Riding Westward"

What happens when the world as we’ve known it becomes divided, when the mind becomes less able—or less willing—to distinguish reality from what is desired? In Riding Westward, Carl Phillips wields his celebrated gifts for syntax and imagery that are unmistakably his own—speculative, athletic, immediate—as he confronts moral crisis. What is the difference, he asks, between good and evil, cruelty and instruction, risk and trust? Against the backdrop of the natural world, Phillips pitches the restlessness of what it means to be human, as he at once deepens and extends a meditation on that space where the forces of will and imagination collide with sexual and moral conduct.

More books like Riding Westward: Poems may be found by selecting the categories below: