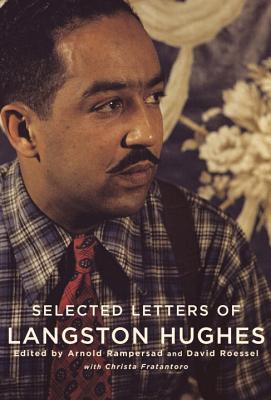 ARNOLD RAMPERSAD, the Sarah Hart Kimball Professor Emeritus in the Humanities at Stanford University, has also taught at Princeton, Columbia, and Rutgers Universities. His books include The Life of Langston Hughes (two volumes); biographies of W. E. B. Du Bois, Jackie Robinson, and Ralph Ellison; and, with Arthur Ashe, Days of Grace: A Memoir. Among his numerous awards and honors are a MacArthur Foundation fellowship in 1991 and the National Humanities Medal, presented at the White House in 2011.

DAVID ROESSEL is the Peter and Stella Yiannos Professor of Greek Language and Literature at the Richard Stockton College of New Jersey. He is the associate editor, with Arnold Rampersad, of The Collected Poems of Langston Hughes, as well as the coeditor of The Collected Poems of Tennessee Williams and Mister Paradise and Other One-Act Plays by Tennessee Williams. His book In Byron’s Shadow: Modern Greece in the English and American Imagination was awarded the annual MLA Prize for Independent Scholars. CHRISTA FRATANTORO is a senior editor with F. A. Davis Company, a health care publisher based in Philadelphia. She studied literature at the Richard Stockton College of New Jersey. An independent scholar with an interest in Hughes, she welcomed the opportunity to work on Selected Letters.

Books similiar to Selected Letters of Langston Hughes may be found in the categories below: