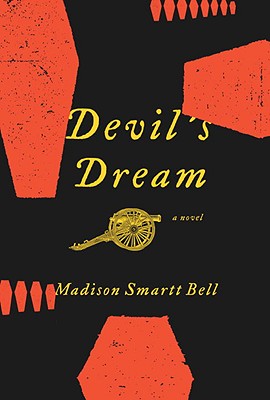 Read Our Review of Devil’s Dream: A Novel About Nathan Bedford Forrest

Hardcover Description:
From the author of All Souls’ Rising which The Washington Post called “A serious historical novel that reads like a dream,” comes a powerful new novel about Nathan Bedford Forrest, the most reviled, celebrated, and legendary, of Civil War generals.

With the same eloquence, dramatic energy, and grasp of history that marked his previous works, Madison Smartt Bell gives us a wholly new vantage point from which to view this complicated American figure. Considered a rogue by the upper ranks of the Confederate Army, who did not properly use his talents, Forrest was often relegated to small-scale operations.

In Devil’s Dream, Bell brings to life an energetic, plainspoken man who does not tolerate weakness in himself or in those around him. We see Forrest on and off the battlefield, in less familiar but no less revealing moments of his life: courting the woman who would become his wife; battling a compulsion to gamble; overcoming his abhorrence of the army bureaucracy to rise to its highest ranks. We see him treating his slaves humanely even as he fights to ensure their continued enslavement, and in battle we see his knack for keeping his enemy unsettled, his instinct for the unexpected, and his relentless stamina.

As Devil’s Dream moves back and forth in time, providing prismatic glimpses of Forrest, a vivid portrait comes into focus: a rough, fierce man with a life fill of contradictions.

More books like Devil’s Dream: A Novel About Nathan Bedford Forrest may be found by selecting the categories below: