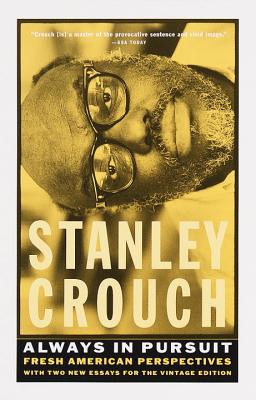 Book Description:
As a cultural and political commentator, Stanley Crouch in unapologetically contentious and delightfully iconoclastic. Whether he is writing on the uniqueness of the American South, the death of Tupak Shakur, the O.J. Simpson verdict, or the damage done by the Oklahoma City bombing, Crouch’s high-velocity exchange with American culture is conducted with scrupulous allegiance to the truth, even when it hurts—and it usually does. And on the subject of jazz—from Sidney Bechet to Billy Strayhorn, Duke Ellington to Miles Davis—there is no one more articulate, impassioned, and encyclopedic in his knowledge than Stanley Crouch.

Crouch approaches everything in his path with head-on energy, restless intelligence, and a refreshing faith in the collective experiment that is America—and he does so in a virtuosic prose style that is never less than thrilling.

More books like Always In Pursuit: Fresh American Perspectives may be found by selecting the categories below: