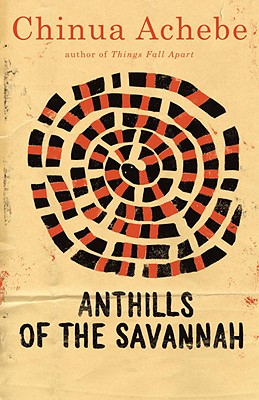 Anthills of the Savannah
by Chinua Achebe

Book Description:In the fictional West African nation Kangan, newly independent of British rule, the hopes and dreams of democracy have been quashed by a fierce military dictatorship. Chris Oriko is a member of the cabinet of the president for life, one of his oldest friends. When the president is charged with censoring the oppositionist editor of the state-run newspaper—another childhood friend—Chris’s loyalty and ideology are put to the test. The fate of Kangan hangs in the balance as tensions rise and a devious plot is set in motion to silence the firebrand critic.

More books like Anthills of the Savannah may be found by selecting the categories below:

Tell us what do you think about Anthills of the Savannah.