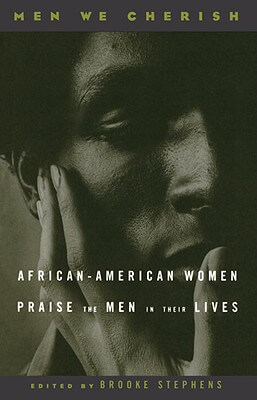 Men We Cherish
by Brooke Stephens

Read Our Review of Men We Cherish

Paperback Description:
One evening in 1994, writer Brooke Stephens was listening to the news while working on a tribute to her grandfather for an upcoming family reunion. The evening’s newscast began with three negative reports about black men—as rapists, muggers and murderers. The contrast between the black men on the news and the black man she was writing about suddenly seemed enormous. Where were the black men she knew? Stephens wondered. Why were they never featured on the evening news? Never publicly discussed or shown? From these questions, the idea for Men We Cherish was born.

Waiting to Exhale and the Million Man March to the contrary, good black men are neither fantasy nor unanswered prayer. In Men We Cherish, thirty African American women celebrate these everyday heroes: fathers and grandfathers, brothers and best friends, sons and husbands. These essays, memoirs, and love letters offer moving portraits of the three-out-of-four black men who never make the headlines. The men in the lives of established black women writers, including Bebe Moore Campbell, Gloria Wade-Gayles, Charlayne Hunter-Gault, and the Delany sisters, reflect the diversity, honesty, generosity and depth that is the reality of African American men.

With Men We Cherish, Brooke Stephens has created a groundbreaking collection that stands alone in the market as a literary memoir, a social critique, and an affirmation of faith.

More books like Men We Cherish may be found by selecting the categories below: