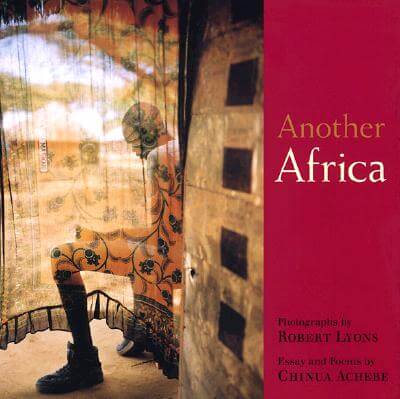 Book Description:
Another Africa is a book that fuses photographs, poetry, and text to create a view of present-day Africa that moves beyond the stereotypes commonly held by most westerners: an open-air ethnographic museum, a continent in constant turmoil, a vast expanse of beautiful sand dunes and tropical savannas where herds of wildlife roam. This work peels away myths to explore the complexity, diversity, and human dimensions of a place called Africa—one that celebrates the commonplace and exotic simultaneously. The photographs are highly subjective, a personal investigation that reflects the sensibilities, formal concerns, and the ongoing engagement of the photographer in this part of the world.

With the brilliant Chinua Achebe—a Nigerian—contributing his poems and an essay, the book takes on a further and critical dimension. He presents a concise view of Africa today, including the individual and political issues facing its countries. He deals with Africa on its own terms—from within, not from an outsider’s perspective.

More books like Another Africa: Photographs by Robert Lyons may be found by selecting the categories below:

Tell us what do you think about Another Africa: Photographs by Robert Lyons.