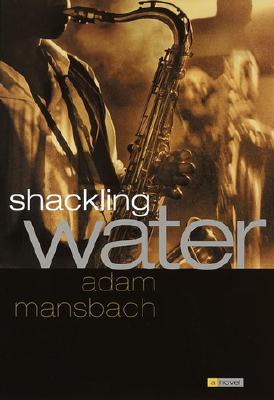 Read Our Review of Shackling Water

Hardcover Description:
Written in a lyrical, exhilarating, and intoxicating style that brilliantly evokes the moods and cadences of jazz and hip hop, Shackling Water is a book for lovers of both words and song.

The novel follows talented young saxophonist Latif James-Pearson as he migrates from Boston to New York in hopes of apprenticing himself to his hero, Albert Van Horn. The center of Latif’s universe soon becomes his room in a Harlem boarding house, where he spends his days alone, practicing intensely, and a downtown nightclub called Dutchman’s where Van Horn’s group performs. There, Latif studies the musicians from afar, unwilling to meet Van Horn until he feels musically ready.

It is at Dutchman’s that Latif stumbles into another apprenticeship, this one to a charismatic drug dealer named Say Brother, and inadvertently comes under the wing of Van Horn’s pianist, Sonny Burma. Latif also meets Mona, a white painter who is a regular at the club, and they begin a complex affair, which causes both of them to question their ideas about artistry, race, and love.

As Latif drifts slowly toward the life of a hustler and away from that of a musician, Van Horn himself steps in and begins to mentor the young man, relating his own remarkable life story in the process. But even as Latif makes his way into his hero’s inner circle, his frustration with his playing, the turn his relationship with Mona is taking, and the demands of hustling begin to take their toll. Desperate and in dire straits, Latif returns to Boston to seek the help of his mother, his first music teacher, and the crew of childhood friends he left behind. When tragedy spurs him to return to New York, Latif is forced to finally confront his music, Mona, and himself.

An intricate, riveting, and original improvisation on classic themes, Shackling Water heralds the arrival of an important and beautiful new voice in American literature.

More books like Shackling Water may be found by selecting the categories below: