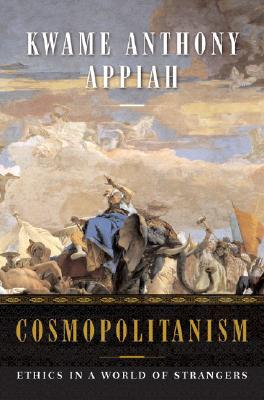 Cosmopolitanism: Ethics in a World of Strangers (Issues of Our Time Series)
by Kwame Anthony Appiah

Book Description:
A moral manifesto that forces us to reconsider a world divided between the West and the Rest, Us and Them.

We have grown accustomed in this anxious, post-9/11 era to constructing a world fissured by warring creeds and cultures. Much of humanity now seems separated by chasms of incomprehension. Kwame Anthony Appiah’s landmark new work challenges the separatist doctrines espoused in books such as Samuel P. Huntington’s The Clash of Civilizations. Reviving the ancient philosophy of "Cosmopolitanism," a school of thought that dates to the Cynics of the fourth century bce, Appiah traces its influence on the ethical legacies of the Enlightenment, the French Revolution, Kant’s dream of a "league of nations," and the UN’s Universal Declaration of Human Rights. In doing so, Appiah shows how Western intellectuals and leaders, on both the left and the right, have wildly exaggerated the power of difference—and neglected the power of one. One world. One species. Challenging years of received wisdom, Cosmopolitanism is a resounding work of philosophy and global culture.

About the series: Issues of Our Time: "Aware of the competition for the attention of readers, W. W. Norton & Company and I have created the "Issues of Our Time" as a lucid series of highly readable books through which some of today’s most thoughtful intellectuals seek to challenge the general reader to reexamine received truths and grapple with powerful trends that are shaping the world in which we live. The series launches with Anthony Appiah, Alan Dershowitz, and Nobel Laureate Amartya Sen as the first of an illustrious group who will tackle some of the most plangent and central issues defining our society today through books that deal with such issues as sexual and racial identities, the economics of the developing world, and the concept of citizenship in a truly globalized twenty-first-century world culture. Above all else, these books are designed to be read and enjoyed."—Henry Louis Gates Jr., W. E. B. DuBois Professor of the Humanities, Harvard University

More books like Cosmopolitanism: Ethics in a World of Strangers (Issues of Our Time Series) may be found by selecting the categories below: