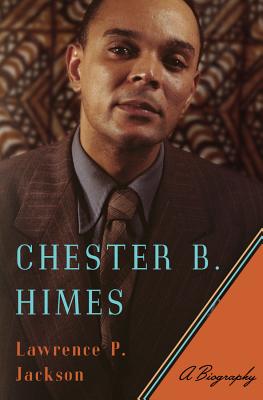 Chester B. Himes: A Biography
by Lawrence P. Jackson

Chester B. Himes has been called "one of the towering figures of the black literary tradition" (Henry Louis Gates Jr.), "the best writer of mayhem yarns since Raymond Chandler" (San Francisco Chronicle), and "a quirky American genius" (Walter Mosely). He was the twentieth century’s most prolific black writer, captured the spirit of his times expertly, and left a distinctive mark on American literature. Yet today he stands largely forgotten.

In this definitive biography of Chester B. Himes (1909-1984), Lawrence P. Jackson uses exclusive interviews and unrestricted access to Himes’s full archives to portray a controversial American writer whose novels unflinchingly confront sex, racism, and black identity. Himes brutally rendered racial politics in the best-selling novel If He Hollers Let Him Go, but he became famous for his Harlem detective series, including Cotton Comes to Harlem. A serious literary tastemaker in his day, Himes had friendships—sometimes uneasy—with such luminaries as Ralph Ellison, Carl Van Vechten, and Richard Wright.

Jackson’s scholarship and astute commentary illuminates Himes’s improbable life—his middle-class origins, his eight years in prison, his painful odyssey as a black World War II-era artist, and his escape to Europe for success. More than ten years in the writing, Jackson’s biography restores the legacy of a fascinating maverick caught between his aspirations for commercial success and his disturbing, vivid portraits of the United States.

Books similiar to Chester B. Himes: A Biography may be found in the categories below: