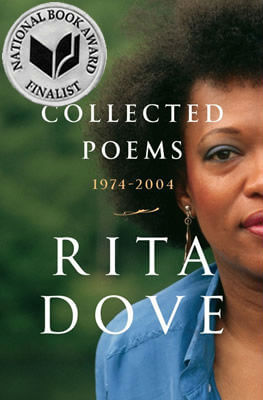 Three decades of powerful lyric poetry from a virtuoso of the English language in one unabridged volume.Rita Dove’s Collected Poems 1974–2004 showcases the wide-ranging diversity that earned her a Pulitzer Prize, the position of U.S. poet laureate, a National Humanities Medal, and a National Medal of Art. Gathering thirty years and seven books, this volume compiles Dove’s fresh reflections on adolescence in The Yellow House on the Corner and her irreverent musings in Museum. She sets the moving love story of Thomas and Beulah against the backdrop of war, industrialization, and the civil right struggles. The multifaceted gems of Grace Notes, the exquisite reinvention of Greek myth in the sonnets of Mother Love, the troubling rapids of recent history in On the Bus with Rosa Parks, and the homage to America’s kaleidoscopic cultural heritage in American Smooth all celebrate Dove’s mastery of narrative context with lyrical finesse. With the “precise, singing lines” for which the Washington Post praised her, Dove “has created fresh configurations of the traditional and the experimental” —Poetry magazine.

More books like Collected Poems: 1974–2004 may be found by selecting the categories below: