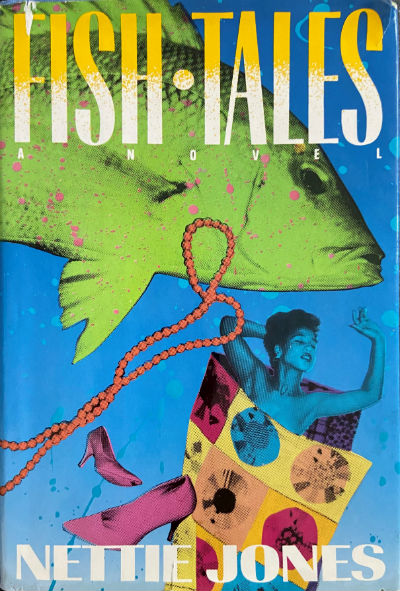 “Mostly forgotten and long out-of-print, Fish Tales by Nettie Jones is an often shocking, sexually charged novel that has retained the sharpness of its cutting edge in the 36 years since its release. Jones came to [Toni] Morrison’s attention via another writer of her prose posse, Corregidora author Gayl Jones (no relation), whom Nettie cited as a friend and mentor during the three years it took to finish her book.

Fish Tales was published in 1983, the same year Morrison, who had already written four novels including The Bluest Eye and Sula, quit her job to devote herself full-time to writing. Although Random House balked at buying Jones’s book, Morrison, already an empress in the literary world, persuaded the publisher that the work was worthy. ‘Toni was acquiring strong writers,’ said literary agent Marie Dutton Brown, who, in the 1970s held a similar editorial position at Doubleday. “There was no formulaic fiction on her roster. Toni saw something in Nettie that she thought was worthy of publication.”
—Read the full article, “Beautiful Women, Ugly Scenes: On Novelist Nettie Jones and the Madness of ‘Fish Tales’” on Longreads, by Michael A. Gonzales

More books like Fish Tales may be found by selecting the categories below: