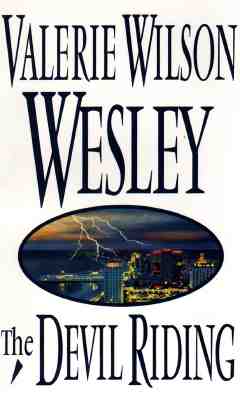 Book Description:
Tamara Hayle goes undercover in the casinos of Atlantic City to track a runaway teen in this gripping new mystery.

Hailed as one of the best ethnic and female sleuthing mystery series, Valerie Wilson Wesley’s Tamara Hayle novels are consistent standouts. "She keeps peeling back layers and layers with a skill and determination that recall Ross MacDonald," says Kirkus Reviews. Now, in her sixth Hayle mystery, Wesley mines the intersection of African-American rich and poor caught in the crossroads of Atlantic City.

Darnella Desmond, stepdaughter to wealthy Foster Desmond, leaves her plush home for the wilds of Atlantic City, eschewing all contact with her family. When Darnella’s last-known roommate is murdered, apparently by a serial killer stalking Atlantic City’s vulnerable runaway population, Darnella’s mother hires Tamara Hayle to track her daughter down.

As her investigation brings her closer to Darnella, Tamara discovers that at the heart of the young woman’s disappearance lie two generations’ worth of familial perversityand a legacy of betrayal that threatens to undo the Desmond family.

Rich in the vices and delights of Atlantic City, freighted with characters whose passions too often lead to murder, The Devil Riding finds Valerie Wilson Wesley at her tempting best.

More books like The Devil Riding may be found by selecting the categories below:

Tell us what do you think about The Devil Riding.