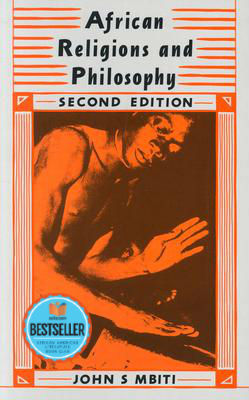 Book Description:
African Religions and Philosophy is a systematic study of the attitudes of mind and belief that have evolved in the many societies of Africa. In this second edition, Dr Mbiti has updated his material to include the involvement of women in religion, and the potential unity to be found in what was once thought to be a mass of quite separate religions. Mbiti adds a new dimension to the understanding of the history, thinking, and life throughout the African continent. Religion is approached from an African point of view but is as accessible to readers who belong to non-African societies as it is to those who have grown up in African nations. Since its first publication, this book has become acknowledged as the standard work in the field of study, and it is essential reading for anyone concerned with African religion, history, philosophy, anthropology or general African studies.

More books like African Religions & Philosophy may be found by selecting the categories below: