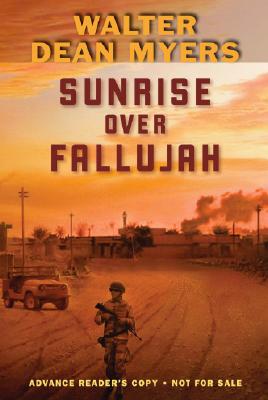 Hardcover Description:
A powerful new novel about the heroics and horror of war from Walter Dean Myers, whose bestselling book FALLEN ANGELS celebrates its 20th anniversary.

Operation Iraqi Freedom, that’s the code name. But the young men and women in the military’s Civil Affairs Battalion have a simpler name for it: WAR.

In this new novel, Walter Dean Myers looks at a contemporary war with the same power and searing insight he brought to the Vietnam war of his classic, FALLEN ANGELS. He creates memorable characters like the book’s narrator, Birdy, a young recruit from Harlem who’s questioning why he even enlisted; Marla, a blond, tough-talking, wisecracking gunner; Jonesy, a guitar-playing bluesman who just wants to make it back to Georgia and open a club;

More books like Sunrise Over Fallujah may be found by selecting the categories below: