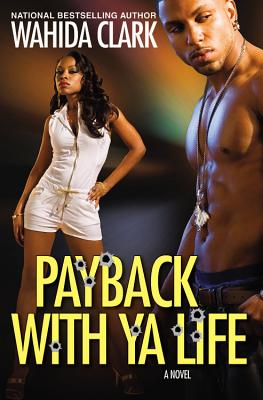 Payback with Ya Life
by Wahida Clark

Paperback Description:
In the sequel to one of Wahida’s most successful titles [Payback is a Mutha], old scores are settled and before long, new tensions arise.

Still recovering from the suicide of her best friend, Shan now pregnant by a married man is forced to make major decisions in her life. Ready to leave the fast life behind, Shan believes a move to Detroit will help her become a stronger woman-but someone wants revenge against Shan’s brother and is willing to destroy Shan in the process.

Torn over his love for his sister and his desire to get back on top of the drug game, Shan’s brother, Peanut knows the danger of the streets. Old beefs become new scores and before long, a turf war is raging. With the stakes as high as they’ve ever been, only a few people will be left standing-and Shan is determined to be one of them.

More books like Payback with Ya Life may be found by selecting the categories below: