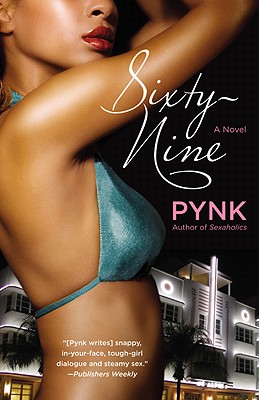 Sixty-Nine
by Marissa Monteilh (aka Pynk)

Book Description:
It’s New Year’s Eve 2008, and best friends Magnolia Butler, Rebe Richardson, and Darla Clark, all born in 1969, are about to turn the dreaded 4-0 in January 2009. Magnolia, a New Year’s Day baby, is childless, and always a bridesmaid, never a bride. Rebe, the mother of a college-aged daughter named Trinity, has just gone through a divorce from a man whose sexual appetite far exceeded her desires and abilities. Darla is also a New Year’s Day baby, still mourning her husband’s death after five years. After way too many glasses of champagne, Rebe, challenges them to open their minds in a way they’d never done before, daring them to try something new…sexually. SIXTY-NINE is a liberating story about sisterhood and friendship, and about how past experiences and beliefs can influence one’s views about life and sex.

More books like Sixty-Nine may be found by selecting the categories below: