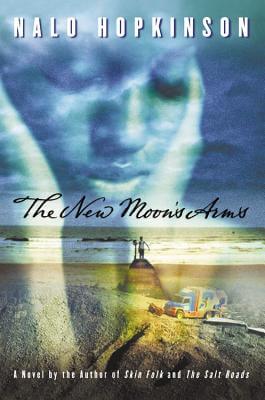 Hardcover Description:
First it’s her mother’s missing gold brooch. Then, a blue and white dish she hasn’t seen in years. Followed by an entire grove of cashew trees.

When objects begin appearing out of nowhere, Calamity knows that the special gift she has not felt since childhood has returned-her ability to find lost things. Calamity, a woman as contrary as the tides around her Caribbean island home, is confronting two of life’s biggest dramas. First is the death of her father, who raised her alone until a pregnant Calamity rejected him when she was sixteen years old. The second drama: she’s starting menopause. Now when she has a hot flash and feels a tingling in her hands, she knows it’s a lost object calling to her.

Then she finds something unexpected: a four-year-old boy washes up on the shore, his dreadlocked hair matted with shells. Calamity decides to take the orphaned child into her care, which brings unexpected upheaval into her life and further strains her relationship with her adult daughter. Fostering this child will force her to confront all the memories of her own childhood-and the disappearance of her mother so many years before.

More books like The New Moon’s Arms may be found by selecting the categories below: