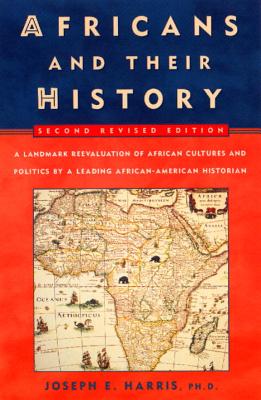 Book Description:
Africa has witnessed the birth of many important developments in history. Human evolution, including the use of fire, food production via plant cultivation and animal domestication, as well as the creation of sophisticated tools and hunting weapons from iron took place in Africa. Other historical events such as the slave trade, which played a critical role in Western economic power, the rise of Islam as one of the world?s dominant religions, and colonization and struggles for independence occurred on African soil.Africans and Their History chronicles in fascinating detail African history from prehistoric times through the present. This concise and authoritative overview of the diverse peoples and societies of Africa now covers recent events, including the emergence of a free South Africa and its landmark enactment of a constitution that recognizes even more rights than the American constitution.The dynamic history and the relationship Africans have with the rest of the world is revealed in Africans and Their History, exposing and shattering ugly stereotypes that for too long have dominated Western thought.
Africans and Their History has been updated to reflect the past decade of African events.
Ever growing number of African Studies departments on college campuses insures a constant audience for this book.
Africans and Their History has a long and steady backlist life—first published in 1972.

More books like Africans and Their History: Second Revised Edition may be found by selecting the categories below:

Tell us what do you think about Africans and Their History: Second Revised Edition.