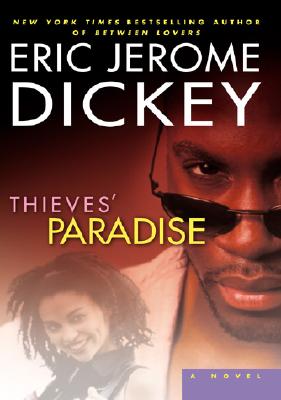 Read Our Review of Thieves’ Paradise: A Novel

Hardcover Description:
Twenty-five-year-old Dante Brown is down and out in L.A. After doing a stretch of hard time in juvenile jail, he cleaned up his act as a computer techie-only to be laid off when the economy went south. Now he’s facing a mountain of unpaid bills, a car on its last legs, imminent eviction, and a snowball’s chance in hell with Pam, a sexy waitress/actress on the hunt for a man with means.

Enter Scamz, a slick brother from Dante’s checkered past whose successful, illegal business associations keep him in custom-tailored suits, a Benz CL600, and a lavish Hollywood mansion with his pick of gorgeous women. Dante is determined to stay straight…after one last con that could put him back on top. But he gets pulled in deeper when his old friend Jackson, who’s $16,000 behind in child support, becomes part of the sting. The icing on the cake is Pam who, seduced by the easy money, suddenly finds Dante irresistible…until everything goes wrong.

A provocative and seductive story of contemporary men and women on the move and on the make, living large-and small-in L.A., Thieves’ Paradise is this phenomenally gifted author "at the top of his game" (Chicago Defender).

More books like Thieves’ Paradise: A Novel may be found by selecting the categories below: