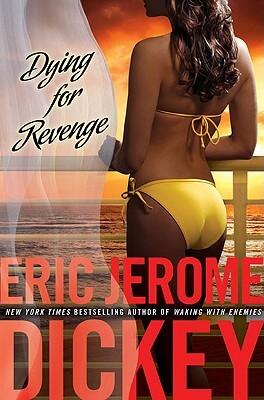 Hardcover Description:
International hit man Gideon never misses his target, but when a job in Detroit goes bad, he should have killed his client a cold-blooded woman who hired him to kill her husband when he had the chance. Now the city’s mayor and with money and power to spare, this woman will stop at nothing to see that Gideon gets what he deserves. Gideon soon finds himself in the crosshairs of two hired assassins: a seasoned killer known as El Matador and his voluptuous but ruthless wife, who dons Manolo Blahniks for even the dirtiest jobs. But when Gideon proves himself an impossible target, the lady from Detroit sets her sights on those closest to him. On the exotic island of Antigua, Gideon enlists the help of his friend and fellow assassin Hawks to square off against his deadliest adversary yet. Amid palm trees and white sands, sparks and bullets fly as Gideon must outsmart and defeat his pursuers before it’s too late. Featuring Dickey’s trademark blend of passion and suspense, Dying for Revenge is a pulse-pounding and deliciously sexy thrill-ride through a Caribbean island paradise.

More books like Dying For Revenge (Gideon Trilogy, Book 3) may be found by selecting the categories below: