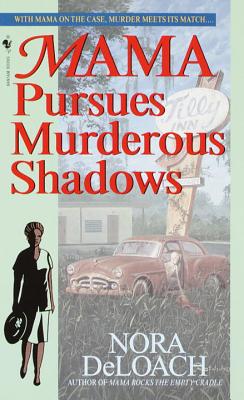 Book Description:
With Mama on the case, murder meets its match….

A tryst with a deadly twist.

All I’d wanted to do back home in Otis, South Carolina, was whip up a wonderful thirty-fifth anniversary party for my parents. But we’d hardly picked the baker before Mama found herself volunteering her services for the one thing she did nearly as well as cook. And that is sleuthing.

You see, Ruby Spikes was found dead in a motor inn with a gun in her hand, a suicide note, and a certified check receipt to a man no one ever heard of—not even the trio of Otis gossips who are Mama’s rock-solid source of information. Neither they nor Mama, despite Ruby’s tormented diary, were convinced she went to her reward willingly. But this was a young woman with an outsize bundle of secrets and enemies. And when Mama starts sorting them out, and sudden death makes a return visit, it looks like she’ll uncover the truth only by making herself—and me—a killer’s next target….

More books like Mama Pursues Murderous Shadows may be found by selecting the categories below:

Tell us what do you think about Mama Pursues Murderous Shadows.