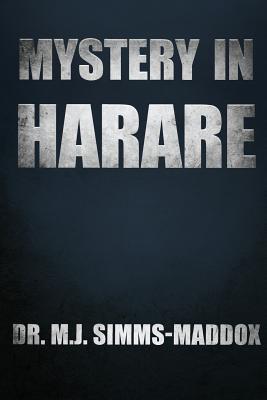 "I have no doubt that this book has broken new ground," says Virginia Phiri of Zimbabwe Women Writers.

"Mystery in Harare" is a thriller ... that demonstrates the wit and skill in which Simms-Maddox carefully crafts, reflecting Priscilla’s leading role in what could be described as mission impossible, since the issue of Apartheid South Africa has always been sensitive. Because of natural resources in diamonds and gold, the system could not let go.

This book cuts across cultures and nations, reflecting that the question of kith and kin cannot be underestimated, as clearly shown by the sacrifices and the commitment made by Priscilla and her abductors to bust an apartheid assassins’ network thousands of miles away from home.

In the end, Priscilla is the heroine in the liberation of a nation.

Fictional histories, futures and current affairs of Black Women in the political arena must continue to be written by women themselves in all corners of the world. The struggle continues!

Ms. Phiri is a founding member of Zimbabwe Women Writers, active in The African Literature Association and an orchid expert. She has published over 50 articles in orchid journals and four novels: "Desperate" (2002), "Destiny" (2006), "Highway Queen" (2010) and "Grey Angels," (2017).

More books like Mystery in Harare: Priscilla’s Journey into Southern Africa may be found by selecting the categories below: