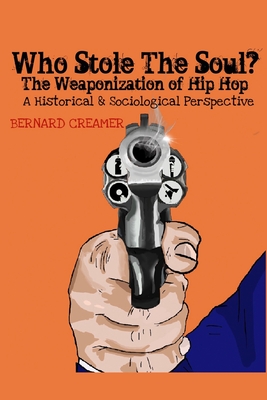 Who Stole the Soul? the Weaponization of Hip Hop: A Historical & Sociological Perspective
by Bernard O. Creamer

I was a 7-year-old Chicago kid when Hip Hop was born in the Bronx, NY projects. It had been around for some years getting its legs under it before I got a taste of it around junior high school…being from Chicago, my foundation is house music, but when I heard the Ultramagnetic MCs, I was sold…Hip Hop is a part of my being, I was raised on it, and it has been the soundtrack for some of the best moments/years of my life; ’til death do us part.

Hip Hop married lyricism, djing, graffiti art, breakdancing, and later, Kowwledge of Self. .every component equally as essential to the vibe. .over the years, as with other music forms created by African people, we’ve witnessed Hip Hop being compromised, coopted, and commercialized. .it has been whittled down gradually to something that is unrecognizable to its beginnings.

The profit motive has crept in along with the overarching agendas that anchor Black people to that bottom rung on that capitalist/classist ladder. Rich or poor, we are all being targeted with WAR.

One of our great ancestors, Fela Anikulapo Kuti, put it best, “music is the weapon” Hip Hop was OUR weapon.

Today though, Hip Hop is no longer a tool our creative linguists use to teach and reach us. The consciousness has been evaporated and the messages have drastically changed. From Black culture, Hip Hop is somewhat estranged.

Books similiar to Who Stole the Soul? the Weaponization of Hip Hop: A Historical & Sociological Perspective may be found in the categories below: