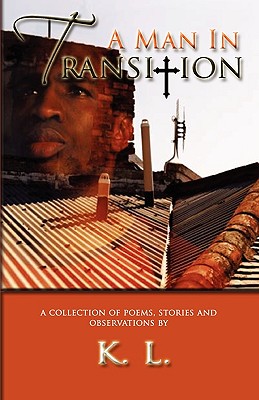 A Man In Transition
by K. L. Belvin

Paperback Description:
A Man In Transition tells a story in poetry and prose of a misogynistic gigolo, reckless father, ego maniac turned, devoted husband, educator, and role model. What do you call a man who cheated on his wife numerous times, fathered multiple children, was driven by his ego, drank and partied as if there wasn t a tomorrow and even turned one of his children into the police? Today he is a devoted husband who loves his wife with each breath. Takes care of all his children and honors his responsibilities. He holds a Master s degree in education and found the Lord. He now spends his time trying to heal others who were on the same path he was to destruction. You would call him;A Man in Transition . Through poetry, short stories and observations, K. L. gives you a glimpse into his life as misogynistic adult, turned master of education. Reared by his mother, grandmother, and for a short time great grandmother KL opens a window into the interpretations of life from the perspective of an educator. Teaching today s young black males growing up without their fathers or significant male role models he uses poetry to show masculinity instead of the usual choices availed to so many. A Man in Transition; speaks to the center of this changed man s heart while providing a glimpse into a past that will make you shake your head. A Man in Transition , A collection of poems, stories and observations written by a New York City Teacher, Keith Belvin (K.L.), who gained media attention when he turned his daughter in after viewing a video of her and her friends assaulting a passenger on the subway

More books like A Man In Transition may be found by selecting the categories below: