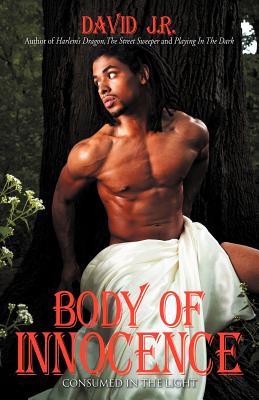 Body Of Innocence (Consumed In The Light)
by David Rivera

Paperback Description:
In the eagerly anticipated sequel to Playing in the Dark, Detective Chemah Rivers comes face to face with the paranormal. Now a Captain of the New York City Police Department, Chemah is responsible for more than just one case. With a son on his way to college and an ex-wife that is still unpredictable, Chemah has more than he can handle when the paranormal begins to affect his family. As any David JR fan knows, his stories are filled with suspense, love triangles, and steamy love affairs. Body of Innocence won’t disappoint as Chemah Rivers finds himself struggling to believe in the paranormal. The possibility of a new woman in his life, coupled with his duty to his teenage children may make Chemah think twice about taking on the dark forces. Returning to the drama of law enforcement as it is involved with the Supernatural is as natural to David JR as writing about love in the afternoon. Body of Innocence is a sequel to David’s previous book Playing in the Dark and is sure to recapture the imagination of all of his fans and entice new readers. David JR is currently living in Harlem New York City, and working on the next segment of this series.

More books like Body Of Innocence (Consumed In The Light) may be found by selecting the categories below: